The official Facebook page for the LEGO User Group (Adult Fans of LEGO) of the Nation's Capital - Ottawa, Canada.

Last day of the PopX show at #nepeansportsplex A sneak peek at some of the awesome builds we have on display! Come on by! #lego #lug #ottawaevents #parlugment ... See MoreSee Less

We had a very successful day 1 and 2 at PopX at the Nepean Sportsplex. Join us today for a wide variety of displays including our own, full of town, train, Great Ball Contraptions (you have to see it to understand it), mosaics, space, art gallery and of course pop art! Check out the photos to see what's on the table(s) today from 10am-5pm. ... See MoreSee Less 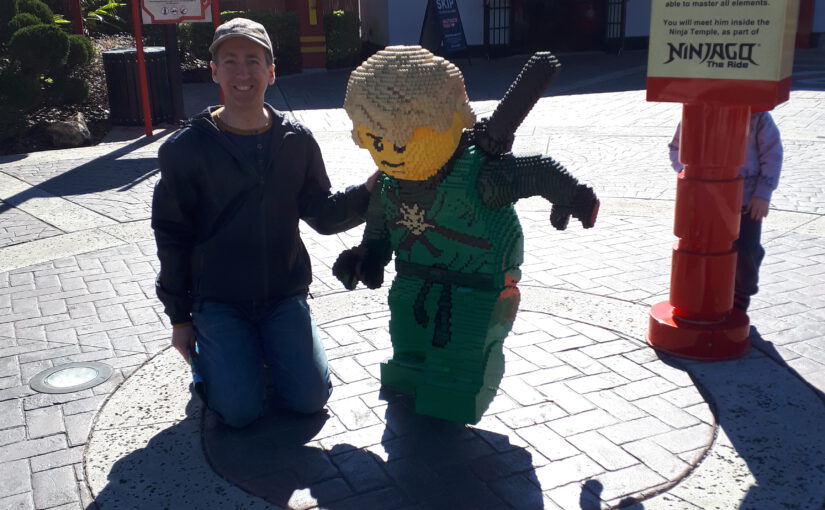 Tell us about yourself:
I work for the federal government and am the dad of a little boy who loves Ninjago and the Creator 3-in-1 sets. Our family trip to LEGOland Orlando in January 2020 was a dream come true for myself and, for my son, the start of his interest in the Ninjago minifigs and sets.

How long have you been an AFOL (adult fan of LEGO):
Since September 2007, soon to celebrate 15 years of being a member of ParLUGment.

How did your interest in the hobby develop:
When I was young, my favourite constructions were City (I was so proud of my airport, hockey rink and bus station). I also loved the Space theme. My fondest memory of LEGO sets from my childhood are the blue spaceships and lunar stations. The red airport shuttle Monorail remains my all-time favourite LEGO set.  When I was a teenager, I mowed lawns in my neighbourhood for an entire summer in order to have enough money to buy the set.

How did you find ParLUGment:
Back then, a free daily newspaper was being handed out to commuters taking OC Transpo buses. One morning, a work colleague ran over to my office cubicle, so excited to show me an article talking about an Ottawa LEGO Club! I reached out to the executive and soon thereafter, participated in my first meeting. I was so impressed by everyone’s constructions! They told me about ways to buy bricks online. That opened up a world of possibilities and ignited my interest in building MOCs (My Own Creations). One of my first constructions through bulk purchases of bricks was the white Monorail station shown below. It is inspired by the Gare d’Avignon (France), a region which I visited in 2009.

What is your favourite theme:
LEGO’s Modular Buildings, especially Café Corner is my favourite theme for its architectural details. I also like LEGO Batman, and all of his friends and villains. I find the challenge of building castles to be inspiring. In the mediæval ages, a castle would be built across several decades. This would result in very asymmetrical designs and a mixture of additions over the years, giving each castle a unique configuration.

What is your favourite aspect of the hobby:
ParLUGment has members across such an impressive range of ages. We have members in their 20s, and all the way to members who are enjoying a well-deserved retirement. It is wonderful to see such an extensive range in a club.

What is your proudest accomplishment within the hobby:
In 2008, Radio-Canada came over to my house and took film shots of my LEGO town. A week later, I was in studio, doing a television interview on a morning talk-show. The pictures of my constructions were being shown as I was answering the host’s questions. In 2015, I built a store inspired by Main Street, Cooperstown, New York after visiting the Baseball Hall of Fame. This construction remains one of my favourites.

Denis’ work can be found as “Denis Michaud” on Flickr.